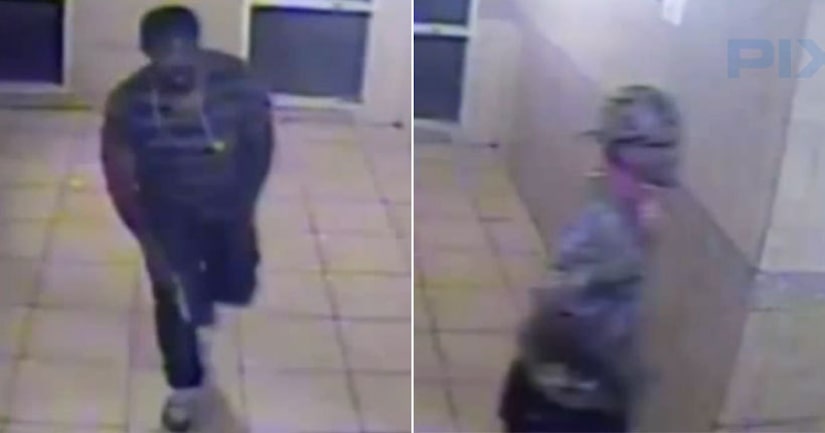 NEW YORK -- (WPIX) -- NYPD have released surveillance footage of the suspects running with guns after police believe they shot an aide to Governor Andrew Cuomo during a pre-celebration for the West Indian Day Parade.

The video shows two suspects, armed with guns, running into 1680 Bedford Avenue after the shooting.

The suspect is believed to be between 19 and 20. He was wearing a white T-shirt, black pants and had a Jamaican flag around his neck. A sketch was released this week.

The shooting happened just before 4 a.m., on Monday in the area of Sullivan Place and Montgomery Street in Crown Heights.

Carey Gabay, a first deputy general counsel to Governor Cuomo was walking with his brother and friends when shots rang out. Gabay, 43, was shot in the head.

Anyone with information in regards to this incident is asked to call the NYPD's Crime Stoppers Hotline at 800-577-TIPS.