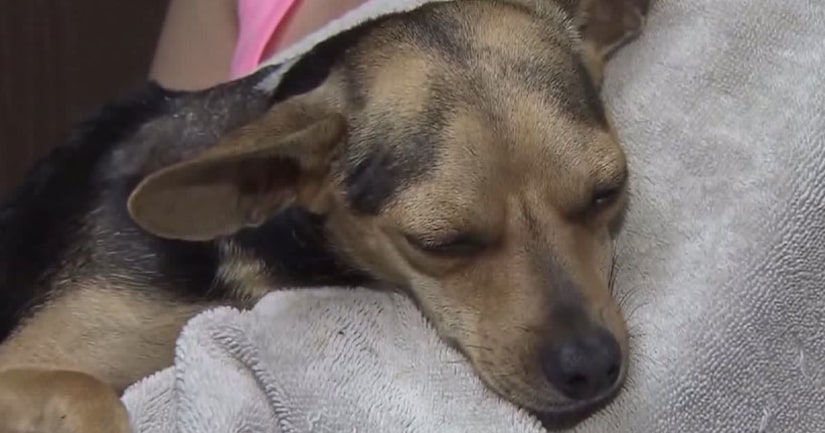 ANTELOPE VALLEY, Calif. -- (KTLA) -- A Chihuahua mix suffering from burn injuries that caused him to be in "excruciating pain" was rescued from the Antelope Valley Thursday night, making him the ninth dog known to have suffered a similar type of attack.

A reward for finding the dogs' abuser or abusers was also increased to $50,000 on Friday, according to the Southern California Golden Retriever Rescue.

"Taco," the 3-year-old Chihuahua mix, was found in the Antelope Valley with burns streaking his back, including burn spots so deep that his red flesh was fully exposed.