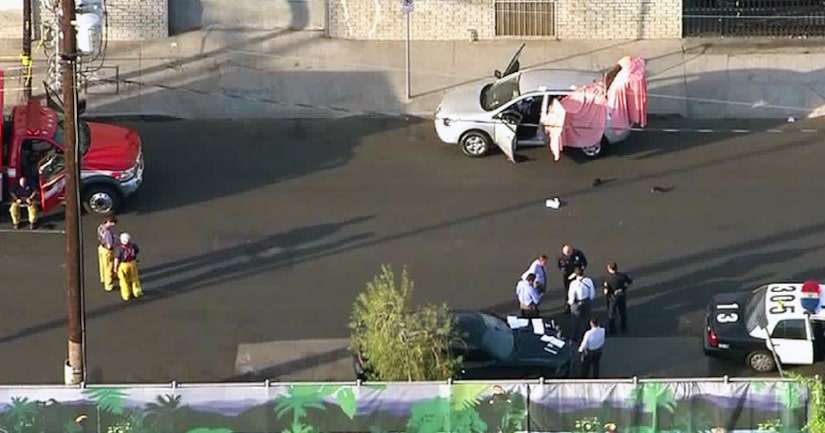 SOUTH LOS ANGELES -- (KTLA) --In what LAPD Chief Charlie Beck described as a "gruesome" scene, three boys were found dead Wednesday in an SUV in South L.A. and their father, who was also in the vehicle and was wounded, was suspected of killing them.

Officers and firefighters responded to the 300 block of East 32nd Street in the Historic South-Central neighborhood at 6:49 a.m. and discovered the four occupants in the vehicle, according to Los Angeles Police Department officials.

At a midday news conference, Beck said the victims were all boys aged 8 to 12. They were found with stab wounds in the rear seat of the SUV, he said.