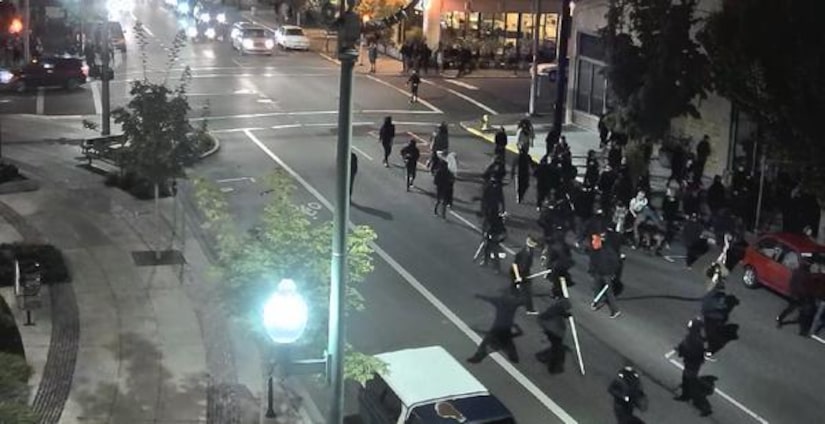 OLYMPIA, Wash. -- (KCPQ) -- Police are looking for a group of protesters who allegedly surrounded a U.S. Air Force pilot Saturday night in Olympia, beat him with a bat and sprayed him with mace after spotting Confederate flags attached to his motorcycle.

The victim, a service member stationed at Joint Base Lewis-McChord, was stopped on his bike because of a crowd protesters in downtown Olympia late Saturday night.

While stopped, the protesters saw the man had two Confederate flags attached to the back of his motorcycle, police said. According to police, the protesters surrounded the victim, sprayed him with mace, hit him with a bat and threw a glass bottle filled with red paint at him. They also rocked his bike back and forth in attempt to knock it over.

The victim suffered severe eye irritation and a bruised shoulder, police said. Witnesses said those who tried to help the victim were also sprayed in the face with mace.

Anyone with information about this incident is encouraged to call the Olympia Police Department at 360-753-8300.