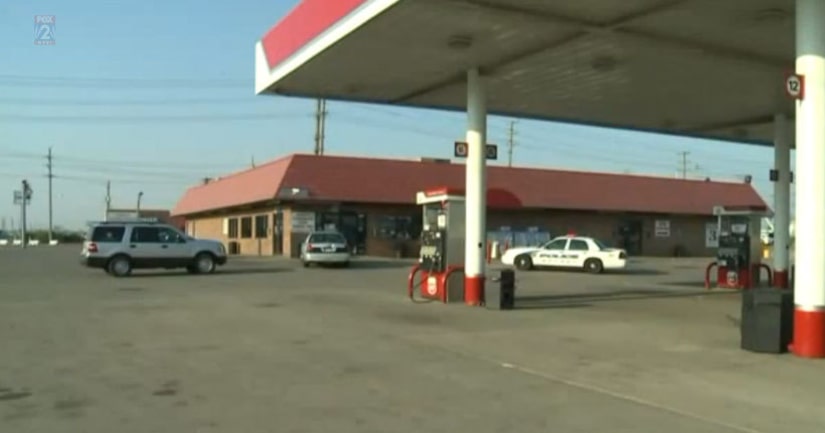 SAUGET, Ill. -- (KTVI) -- The Major Case Squad has been activated after person was shot and killed at a liquor store on Route 3 in Sauget, IL, Saturday morning. It is the first homicide in 5 years in the village.

Sauget Police Chief Patrick Delaney say that the liquor store at the Route 3 Fuel and Lottery has a walk up window that is open all night. Around 5:20 a.m., a man and two friends bought beer. The suspect, who was pumping gas, came up and asked the men for beer and they told him no. While the suspect was still in line, the men finished paying for the beer. According to police, they then dropped the beer and it splashed all over the suspect's feet.

That's when the suspect went back to his car and got a .45 caliber handgun. He then came back over and shot the man who dropped the beer in the chest at point blank range. The victim, a Hispanic male in his mid 20's, was rushed to an area hospital where he was pronounced dead.