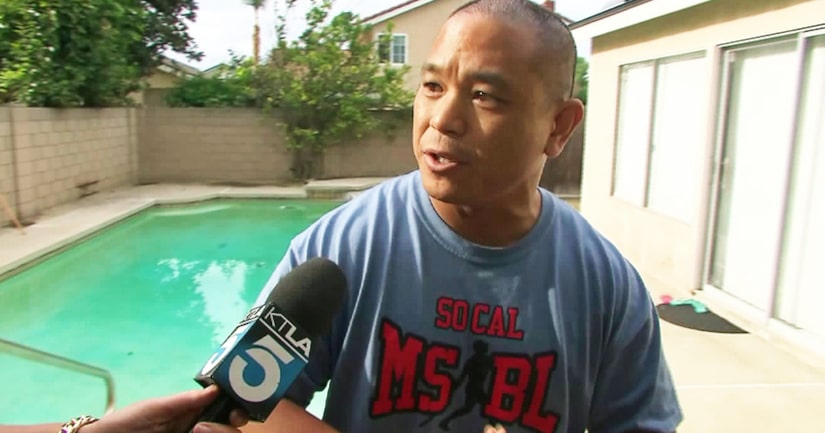 SANTA ANA -- (KTLA) -- A Santa Ana homeowner said he "had to pull the trigger" after wrestling a gun from one of two intruders who entered his home Friday morning.

Erickson Dumaual said he was lying in bed at his home at about 4 a.m. when two men entered his room.

One of the intruders went to his bed and demanded valuables, Dumaual said.

“The guy had a gun right at my head,” said Dumaual, who told the man he had nothing worth taking.

As the second intruder searched the room, the gunman turned his head to look at his partner.

"At that point I went for the gun,” said Dumaul, who used his seven years of Krav Maga training to back the man against a wall and take him down.

FULL STORY: 'I had to pull the trigger': Santa Ana homeowner who wrestled gun from intruder