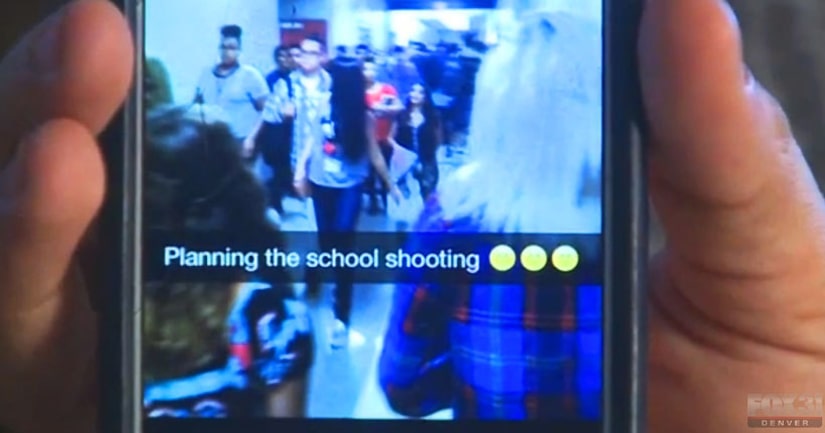 NORTHGLENN, Colo. -- (KDVR) -- An alert teenager in Northglenn might have helped stop a school shooting before it happened 800 miles away in Phoenix.

It was her smart thinking and actions after she caught sight of a menacing post on Snapchat.

And it's why kids like it so much: It disappears seconds after being viewed. Or at least one student in Phoenix thought.Kaylee was using the app on Monday afternoon when a message popped up.

"It said 'Planning the school shooting.' And it kinda freaked me out at first so I texted my mom," Kaylee said.

"She said she got this picture and she texted it to me and asked 'Should I be concerned?' and my first response was yes," Kaylee's mother said.

Kaylee was smart enough to take a screen shot of it before it disappeared, then she went to one of the school's deans to show him the picture.

FULL STORY: Northglenn teen might have stopped school shooting before it happened - KDVR