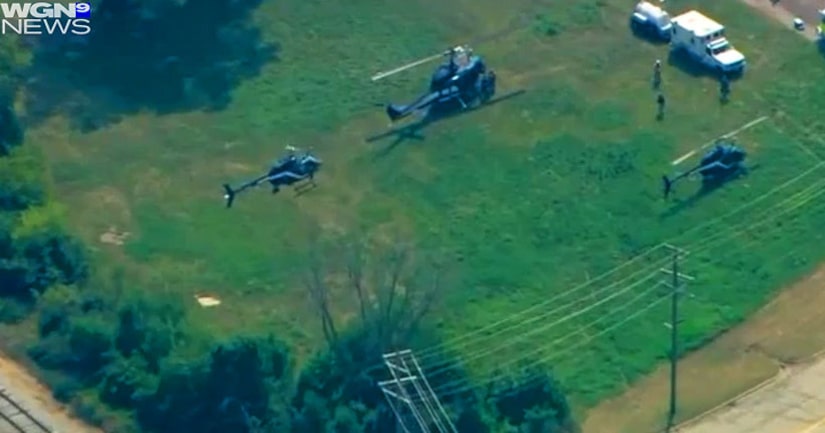 FOX LAKE, Ill. -- (WGN) -- Authorities in northern Illinois have expanded their search for three suspects wanted in the shooting death of a police officer.

It has now been more than a full day since 32-year veteran Lt. Joseph Gliniewicz was gunned down.

Covelli says that besides catching the offenders, the heavy police presence is meant to reassure the community.

The fugitives have managed to elude an extensive search effort that included several helicopters with heat sensors, hundreds of police officers from across the state, U.S. Marshals and at least 40 search dogs.

Police say they are searching for two white men and one black man, and people in the community should consider them to be armed and dangerous.