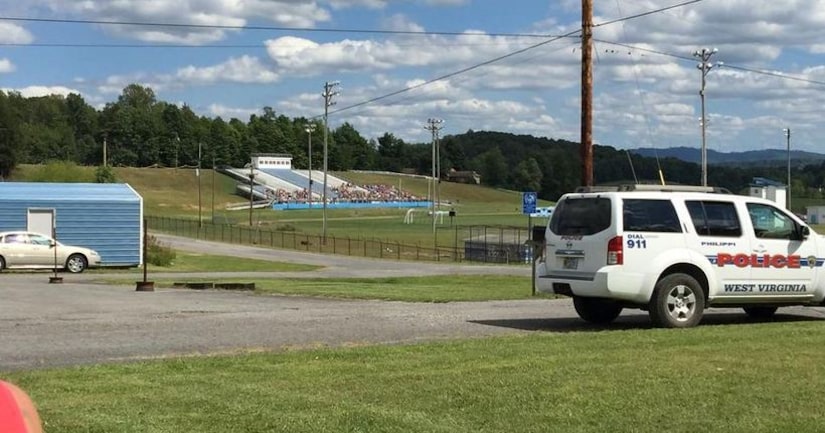 A West Virginia teacher and local pastor have been hailed heroes in the safe release of several high school students held hostage at gunpoint this week, reports the Associated Press .

Barbour County 911 received a call in reference to a person with a gun at Philip Barbour High School around 1:30 p.m. Tuesday, according to West Virginia State Police.

A spokesperson for the Philippi Police Department told Crime Watch Daily 28 students and one teacher were taken hostage inside a classroom. Law enforcement personnel were able to successfully negotiate the release of the students and teacher held for 45 minutes.

And in a statement to the Associated Press, Barbour County schools Superintendent Jeffrey Woofter said the teacher helped to keep the 14-year-old gunman and students calm while law enforcement and emergency personnel made their way to the scene.

"'You're going to lay the gun down, and we're going to walk out, arm in arm,'" pastor Howard Swick said he told the teen.

"The teacher did a miraculous job, calming the student, maintaining order in the class," Woofter said.

Remaining students were evacuated and sent home on school buses during the negotiations.

A spokesperson for Philippi police told Crime Watch Daily Pastor Howard Swick, of Haven of Hope Ministries, was escorted to the classroom to speak with the gunman at the gunman's request. Swick told the AP the suspect had been bullied at school.

"He looked completely hopeless and didn't know what to do, and realized he had taken this farther than he had ever wanted to go. He didn't know how to retreat," Swick said in part.

The suspect was transported to a local hospital for evaluation and later placed in a "secure detention facility," where he will remain pending an adjudicatory hearing, according the Barbour County Prosecuting Attorney.

An investigation into the incident is ongoing.