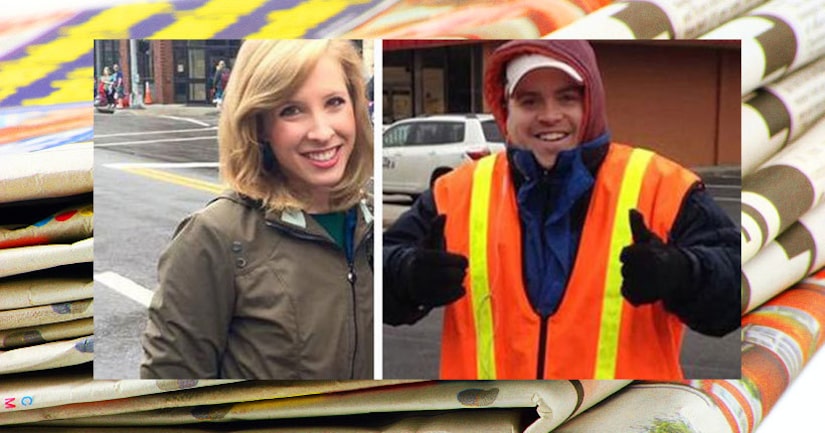 Tabloid coverage of the fatal shooting of two television journalists in Moneta, Va., sparked outrage Thursday when several news outlets opted to run pictures from the point of view of the shooter.

The images were taken from video the shooting suspect posted on Twitter and Facebook that was subsequently deleted by the two companies.

Vester Lee Flanagan is alleged to have ambushed and fatally shot reporter Alison Parker and cameraman Adam Ward during a live TV interview Wednesday morning with a local city councilwoman, who was shot but survived. Flanagan later died from a self-inflicted gunshot wound.

Two American papers, the New York Post and the New York Daily News, ran front-page photographs Thursday morning of the moment the shooter raised his gun and pointed it at Parker just before she died. The Daily News ran a triptych of three photos showing the gun being raised, the blast from the gun as it was fired, and Parker's horrified reaction upon seeing the gunman. Both newspapers have received criticism for racy covers in the past. 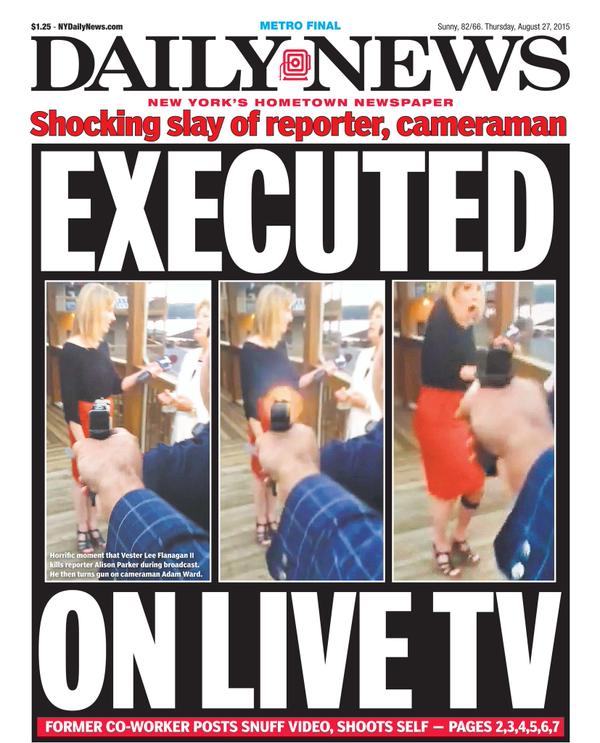 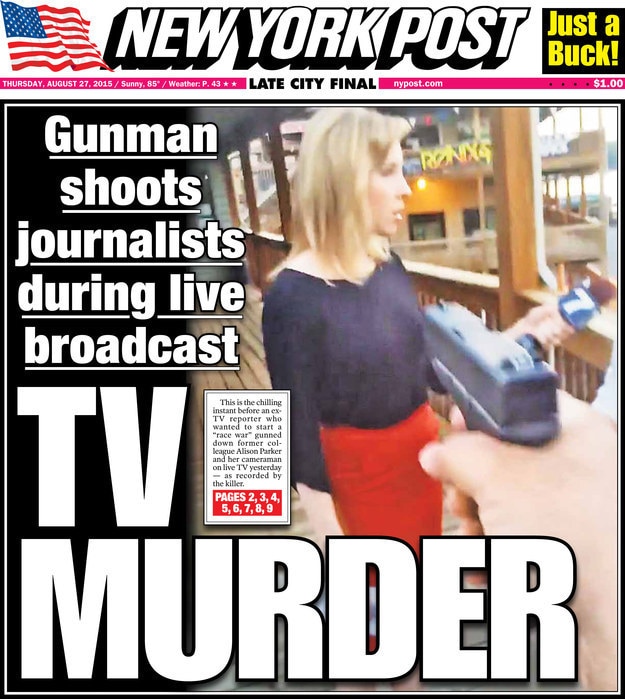 British tabloids are well-known for running provocative imagery on front pages, and Wednesday's news coverage maintained that style of coverage.

The Daily Mail, Daily Telegraph, Daily Mirror, The Sun, The Times of London and the Daily Star all ran variations of the imagery taken from the gunman's point-of-view video recording. 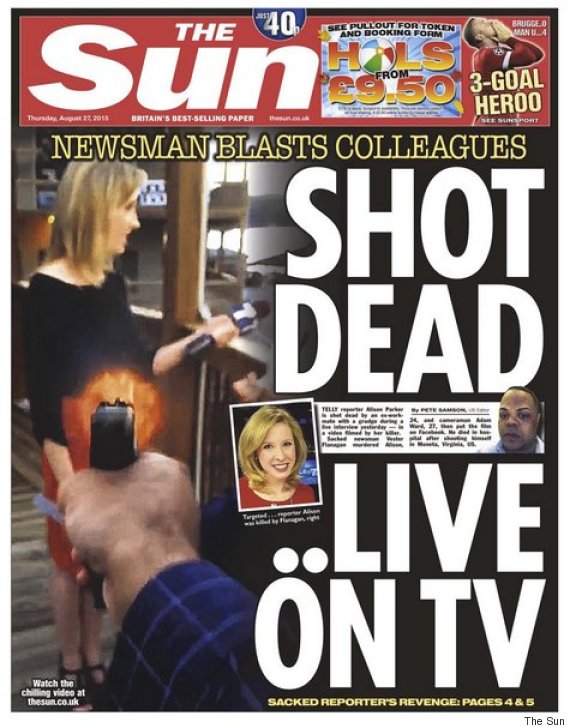 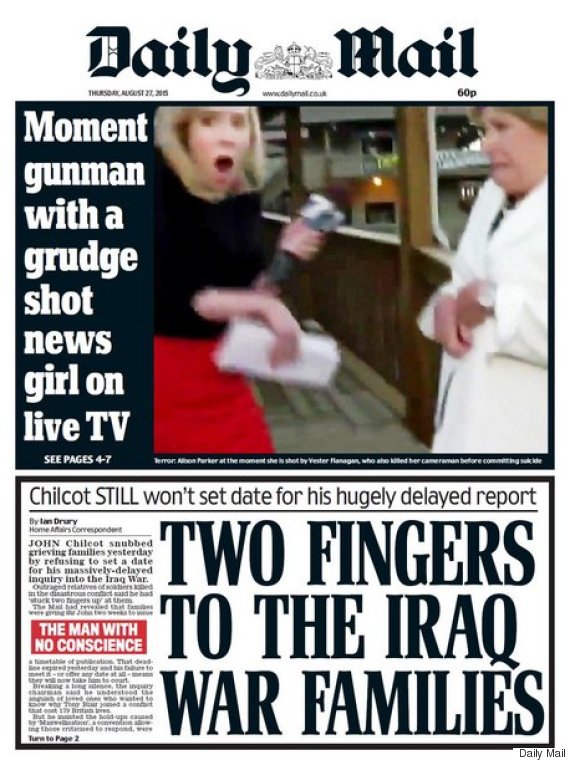 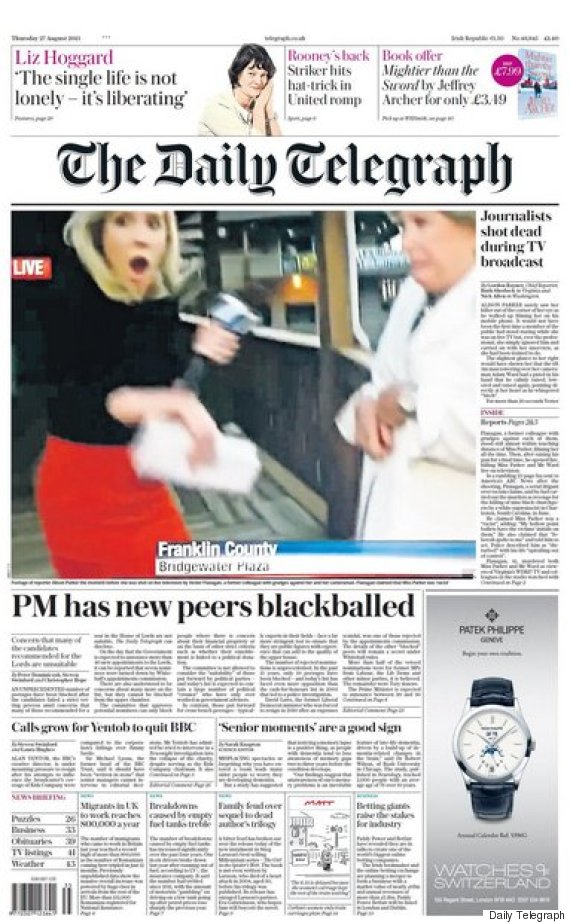 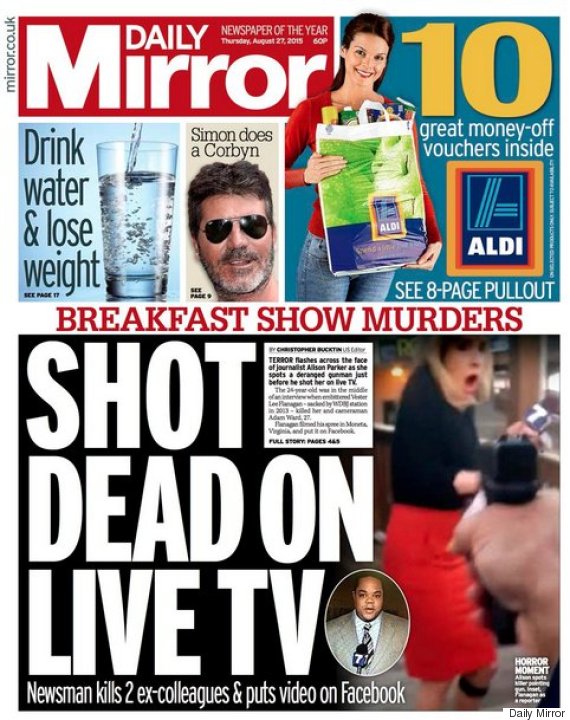 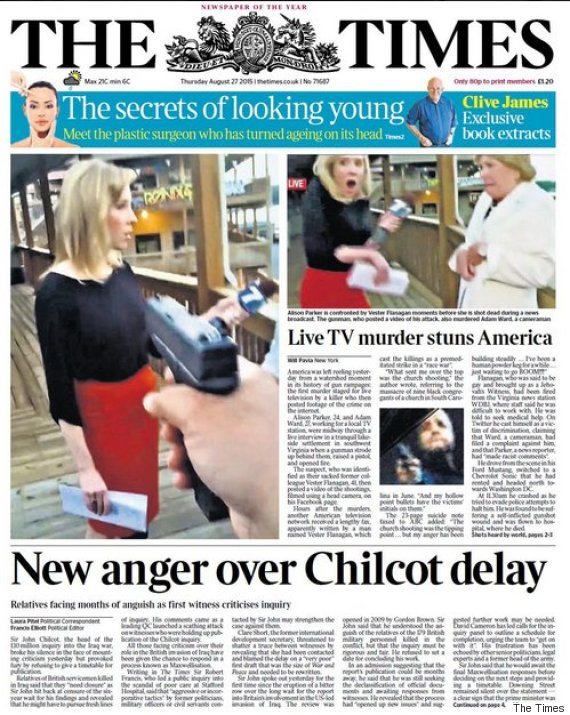 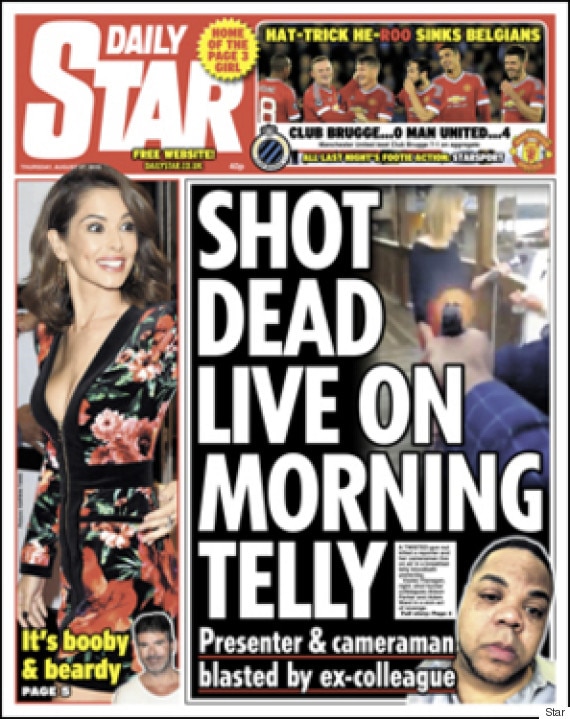 The front page pictures received much criticism online Wednesday and Thursday. Some people though welcomed the imagery, saying the shock value is necessary to convey the horror of the story, with others saying news organizations should not censor themselves in portraying shocking events.

The New York Times published an emailed Daily News statement: “That is why we published the images,” the statement said, “to convey the true scale of what happened in Roanoke, by a deranged man who filmed murder especially for airing on social media, at a time when it is so easy for the public to become inured to such senseless violence.”