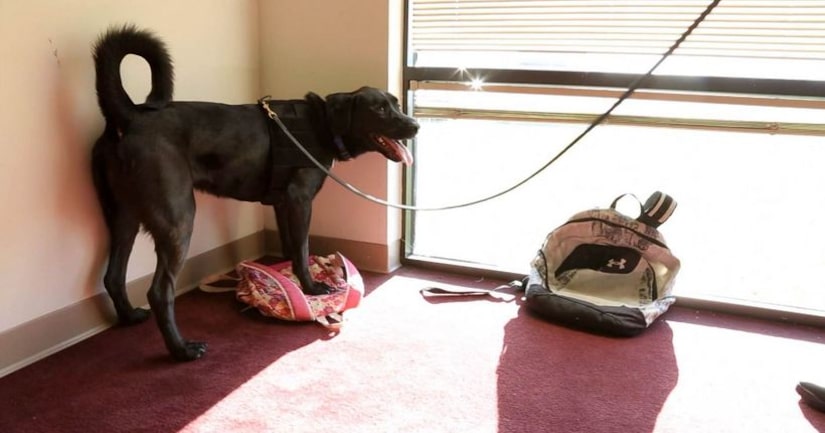 Jordan told the news network he rescued Bear last year and in four months trained him to smell electronic data devices using a unique method based on positive reinforcement.

Jordan says Bear is one of only five dogs he's aware of in the U.S. used in federal investigations such as Fogle's case. 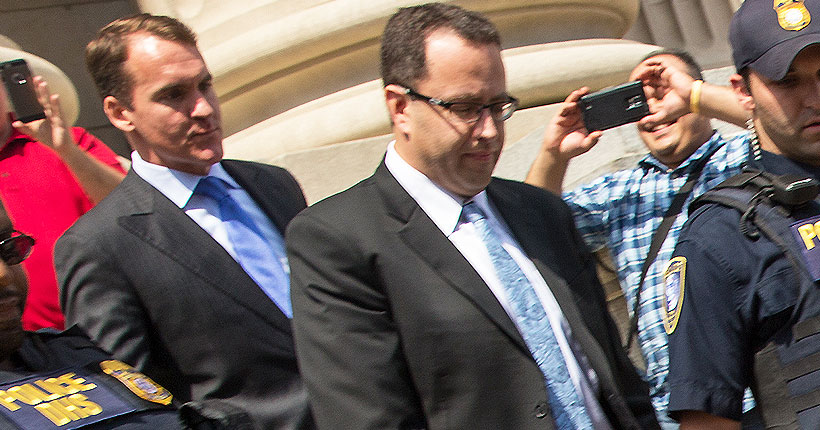 The Fogle case isn't the first Bear and Jordan are credited with helping to crack.

Jordan, who works as deputy fire chief in Anderson, Indiana, says the pair also worked on the investigation into Olympian gym coach Marvin Sharp. Jordan has since sold Bear to the Seattle Police Department, where he is now investigating internet crimes; he hopes to train other dogs for placement in law enforcement agencies.

"Labs are the best on this," Jordan said. "They'll do anything to please their owner."

Former Subway spokesman Jared Fogle, 37, is accused of repeatedly engaging in online contact and traveling to other states for the purpose of engaging in commercial sexual acts with at least two underage minors between 2007-2015, according to the U.S. Attorney's Office.

In a headline-making break in the case last week, Fogle was charged with distributing and receiving child pornography and conspiring to do so, as well as repeatedly traveling to engage in commercial sex acts with underage minors.

The U.S. Attorney's Office said August 19 Fogle had signed a plea agreement and notified the U.S. District Court his intent to plead guilty as charged.

According to Senior Litigation Counsel Steven D. DeBrota, who is prosecuting the case for the government, under the terms of the plea agreement, Fogle faces a mandatory minimum sentence of at least five years of imprisonment, a fine of up to $500,000 and supervised release after serving his prison sentence for at least five years and up to the remainder of his life.

The plea agreement also requires Fogle to pay a total of $1.4 million in restitution to the 14 victims in the case, eight of whom are still minors, and to forfeit assets of $50,000.