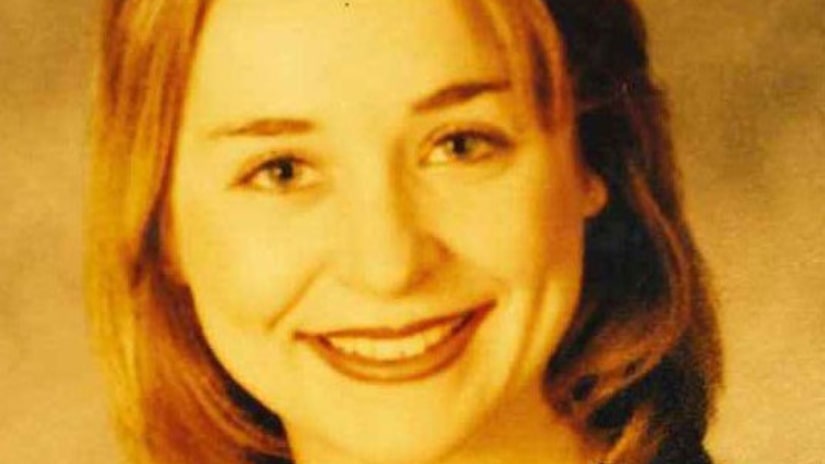 On Dec. 4, 1998, Yale senior Suzanne Jovin dropped off a draft of her senior essay at her adviser's office and held a pizza party she organized for the local chapter of Best Buddies (which groups students with local mentally disabled adults). Then someone stabbed her 17 times and left her to die in the middle of the street.

Body Found: 9:55 p.m., in the middle of the street, corner of Edgehill and East Rock roads. Jovin was stabbed 17 times in the neck, back and head.

After the case went cold, the Suzanne Jovin Homicide Investigation Team held a public meeting on Dec. 4, 2014, to discuss the case. They are looking for the identity of three people who might be able to help with the case: 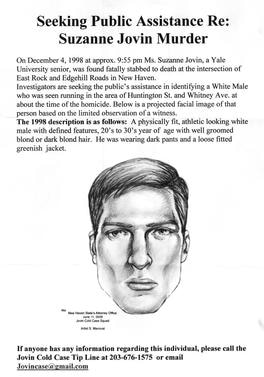 There were a lot of theories and clues tossed about: stories about white vans and tan vans, Fresca bottles and terrorism. There was also the public persecution of Jovin's adviser, James Van de Velde, who was named as a suspect. Multiple lawsuits clearing his name were dropped in exchange for settlements.

It is believed that Suzanne Jovin was in a vehicle, as she could not have traveled the distance of 2 miles from College Street to the intersection where she was found in such a short amount of time.

Video of intersection from 2007:

Some think Jovin may have been abducted on Elm Street as she walked back to her Park St. apartment after dropping off the car keys.

You can follow a Websleuths discussion of the case.

If you have information about this case, contact the Connecticut Division of Criminal Justice Suzanne Jovin Homicide Investigation Team.

New Haven Register: Randall Beach: Many trying to solve the mystery of who killed Suzanne Jovin