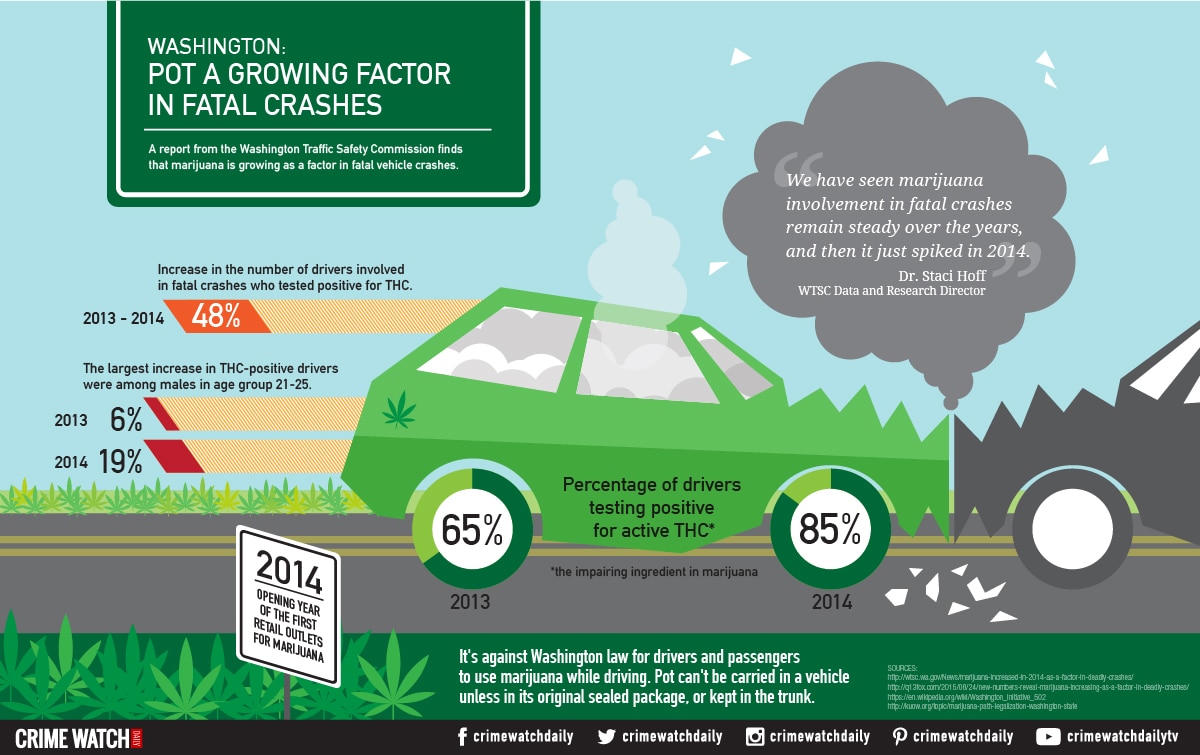 A report from the Washington Traffic Safety Commission finds that marijuana is growing as a factor in fatal vehicle crashes.

It's against Washington law for drivers and passengers to use marijuana while driving. Pot can't be carried in a vehicle unless in its original sealed package, or kept in the trunk.

"Just testing positive for marijuana doesn't necessarily indicate if a driver was actually affected by the drug at the time of the crash since marijuana can be detected in a person's blood for days (possibly weeks) after a person uses the drug. This new data is able to distinguish between drivers who test positive for THC, the impairing substance in marijuana and those who have residual marijuana in their system from prior use which may have occurred days ago."

Marijuana: The Path To Legalization In Washington State - KUOW