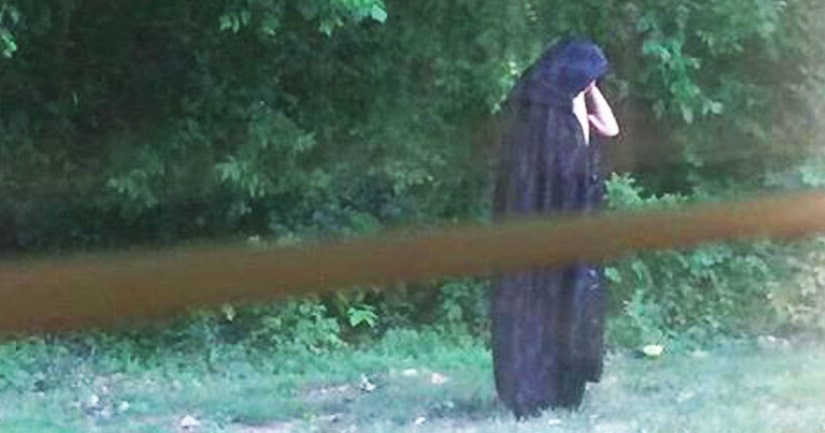 The unidentified figure, not discernible as male or female, was seen wearing a head-to-toe black cloak on Sunday, Aug. 16, with the person's face obscured by the hood. 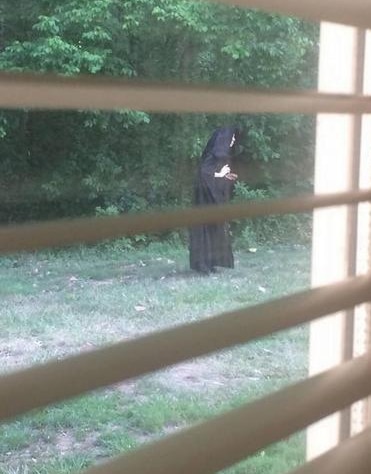 A local resident said some who live in the complex claim the figure has left raw meat near the playground, but the claim was not confirmed by police.

Some speculate the figure is leaving poisoned meat for local dogs. Others say the entire incident is an online hoax.

Police are investigating. There is a wooded area near the playground, but a police spokesman said the location where the photo was taken was not immediately determined.

"We don't know if this is some bogus prank someone is playing," said Gastonia Police Spokesperson Donna Lahser.