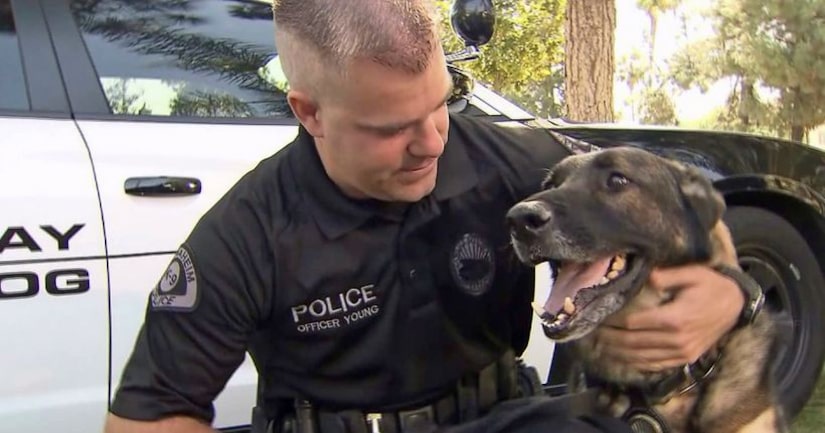 August 26 is National Dog Day and we're celebrating at Crime Watch Daily by honoring man's best friend with a list of our top ten four-legged heroes and crime-fighters.

K-9 Bruno was a six-year veteran of the Anaheim Police Department before he was shot in the face during a pursuit of a gunman last year, reports KTLA. Veterinarians performed life-saving operations on the then-7-year-old German shepherd, who subsequently retired. Police, and Bruno's handler, Anaheim police officer R.J. Young, have credited the K-9 with saving the lives of three officers. 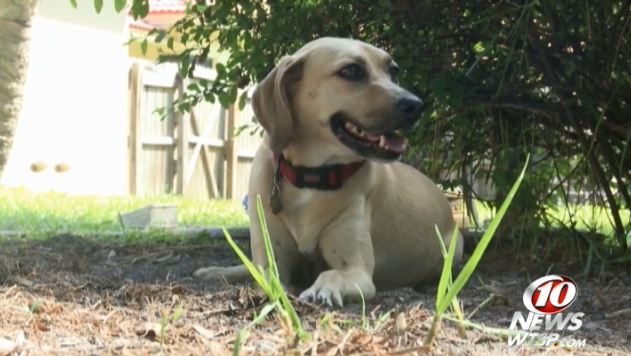 Mabeline is credited with saving a Florida teen from an attack. (Photo: WTSP)

A 17-year-old girl who was volunteering for Friends of Strays animal shelter in St. Petersburg, Florida says she was attacked and pinned to the ground behind the building in 2012. The girl credited Mabeline, a Rhodesian Ridgeback mix she was walking at the time, with saving her by scaring off her attacker, according to WTSP. Mabeline later found a forever home and a new owner who calls her a "hero." 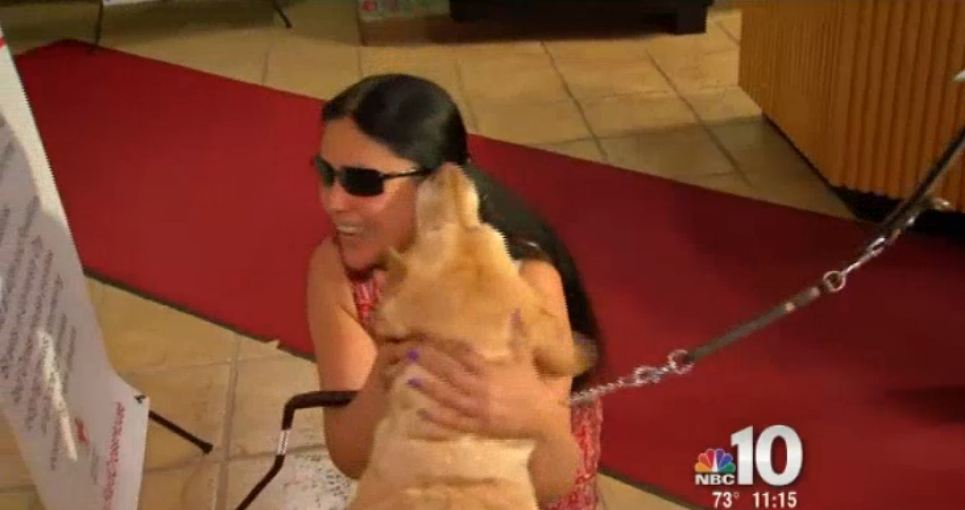 Yolanda rescued her owner from a house fire by dialing 911. (Photo: NBC Philadelphia)

A Philadelphia woman's seeing-eye dog came to her rescue this month when she saved her owner from a house fire, reports NBC Los Angeles. Maria Colon said she shouted the word "danger" to her golden Labrador, Yolanda, who had been trained to dial 911 on a specialized phone. Firefighters responded and were able to control the flames. Colon and Yolanda were both treated for smoke inhalation and later reunited. Yolanda had saved her owner the previous year when she fell and was knocked unconscious, according to the American Kennel Club. 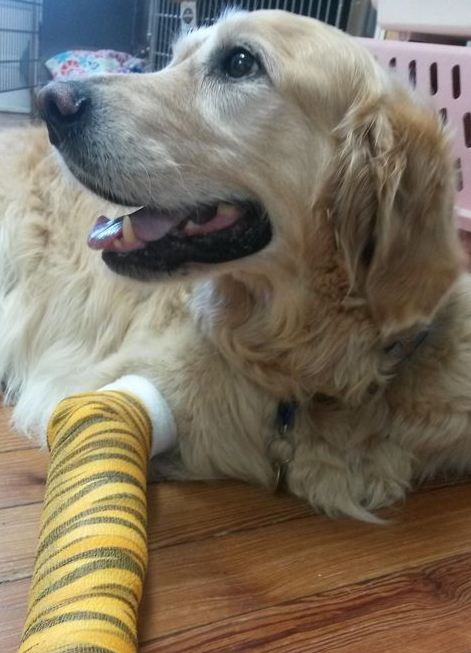 Figo jumped in front of a bus for his owner. (Photo: USA Today)

A service dog named Figo leaped in front of a mini school bus on a rural New York street back in June in order to save his legally blind owner from being hit. The 8-year-old golden retriever and his owner, Audrey Stone, both suffered injuries but firefighters say Figo did not want to leave her side. An anonymous donor took care of Figo's veterinary bills. The dog and his owner were both expected to recover, according to USA Today.

5. Kilo: the Pit-Bull Who Took A Bullet 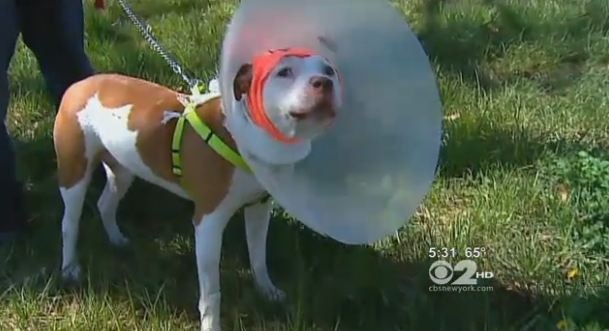 A Staten Island man says his 12-year-old pit-bull, Kilo, saved his life in 2012 when the dog went after a gunman who posed as a deliveryman and pushed his way into his home, according to CBS New York. Kilo was hit by gunfire during the struggle and was "incredibly lucky" to survive, according to Dr. Greg Panarello, the veterinarian who treated him. Kilo's owner said he was up and going for walks within three days after being shot.

6. Susie: The Therapy Dog Who Beat The Odds 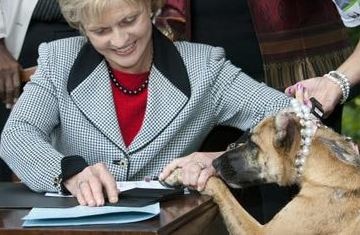 In 2009, Susie licked the face of her owner's child. The pit-bull mix, then still a puppy, was severely beaten, her teeth knocked out, her jaw broken and her body set on fire, according to the American Humane Association. Her ears were burned off and her third-degree burns were infested with maggots when she was found. Susie made a miraculous recovery and eventually became the face of an anti-cruelty law movement in North Carolina. In 2010, former North Carolina Governor Bev Perdue signed Susie's Law into effect, stiffening penalties for those found guilty of animal cruelty, with Susie also giving her official pawprint of approval. Susie was adopted and is now a certified therapy dog, winning the American Humane Association's Hero Dog Awards in 2014 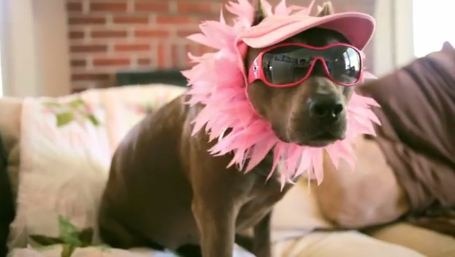 Elle, a therapy dog from Roanoke Rapids, North Carolina, is a "hometown hero," according to the American Humane Association. The pit-bull visits local schools and retirement communities to educate people about being responsible pet owners and helps to spread "positive awareness" about her misunderstood breed. Elle is also credited with starting a dog reading program called "Tail Wagging Tales." The AHA rewarded Elle in 2013 for her work, naming her the "Hero Dog" of the year. 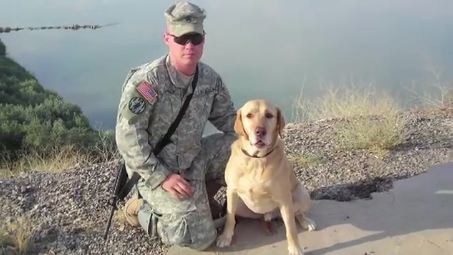 Gabe served in Iraq and completed more than 210 combat missions with the U.S. military. (Photo: AHA)

Gabe began working with the U.S. military in 2006 and is credited with completing more than 210 combat missions while deployed in Iraq with handler Charles Shuck. He was also stationed in Fort Lewis, Washington; Fort Bliss, Texas; Fort Leonard Wood, Missouri and Fort Hood, Texas before his 2009 retirement. Gabe now spends his time visiting wounded soldiers and sick children. He was selected as the American Kennel Club Heroic Military Working Dog in 2008 and the American Humane Association's Hero Dog of the year in 2012.

9. Bretagne: The Search And Rescue Dog Bretagne was among animals leading search-and-rescue efforts with their handlers in the wake of 9/11. (Photo: AHA)

Bretagne was only 2-years-old when she joined the search-and-rescue effort with her handler at the World Trade Center following the 9/11 attacks, according to the New York Daily News. She is also credited with working search-and-rescue at the 2001 Olympic Winter Games and in the aftermath of Hurricane Rita in 2005. The beloved golden retriever retired from active duty in 2008 and now visits elementary schools where she helps students learn to read, according to the American Humane Association. 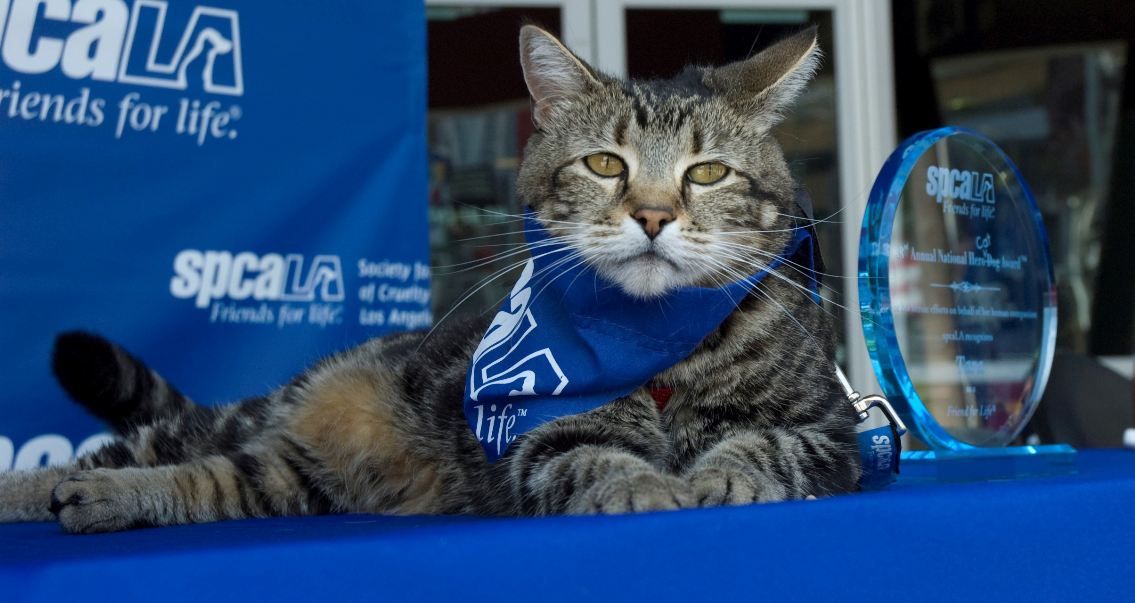 The spcLA presented this tabby with its "Hero Dog" award earlier this year. (Photo: spcaLA)

The Society for the Prevention of Cruelty to Animals Los Angeles (spcaLA) last year presented its 33rd Annual National Hero Dog Award to a cat - yes, cat - named Tara. The 7-year-old Tabby from Southern California was credited with saving a 5-year-old boy from a vicious attack by a neighbor's dog, who had bitten the boy's leg and began to violently shake him. The boy needed stitches but made a recovery and credited the cat with being his "hero" by chasing off the dog.