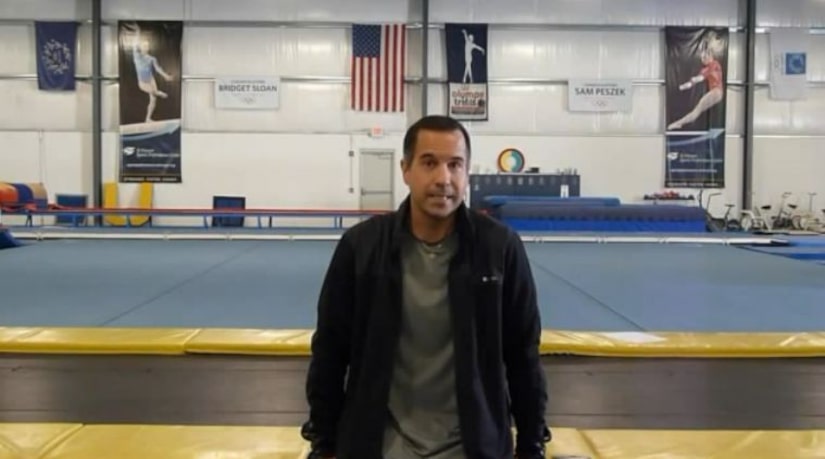 Marvin Sharp was taken into custody following a raid on his home in the 5000 block of Deer Creek Avenue, the Indianapolis Metropolitan Police Department told the outlet.

Jail records reportedly show Sharp was booked on a charge of child molesting.

A spokesperson for the department said a joint investigation was underway with Indiana State Police.

According to FOX59, Sharp is owner of Sharp's Gymnastics Academy, which proclaims itself "Home of Olympians & World Champions" on a company website.

Sharp was gymnast Bridget Sloan's coach when she made the Olympic team in 2008 and coached Sloan through her efforts to make the 2012 Olympic team, according to a spokesperson for USA Gymnastics, the national governing body of gymnastics in the U.S.

He is also credited with coaching Olympic athlete Samantha Peszek from 2008-2009 until Peszek enrolled in college.