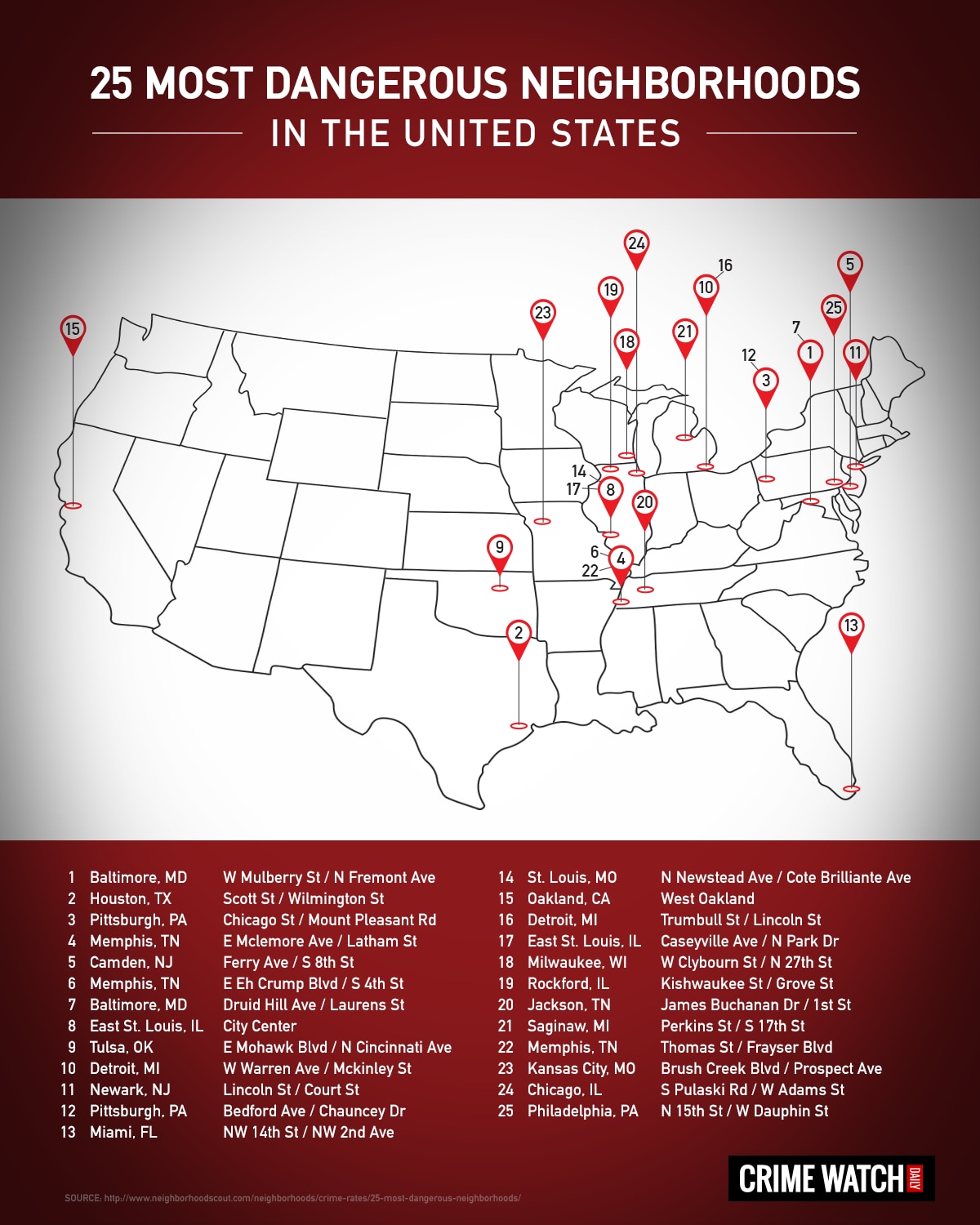 The 25 Most Dangerous Neighborhoods in the United States

Based on the number of violent crimes -- homicide, rape, armed robbery, and aggravated assault -- per 1,000 neighborhood residents, as reported to the FBI and the U.S. Justice Department for the year of 2013. (2014 data will be available in November 2015.)

Neighborhoods are defined by the Census Tract, per the U.S. Government: "Census tracts generally have a population size between 1,200 and 8,000 people, with an optimum size of 4,000 people," according to Census.gov.

SOURCE: Neighborhood Scout: How We Rank