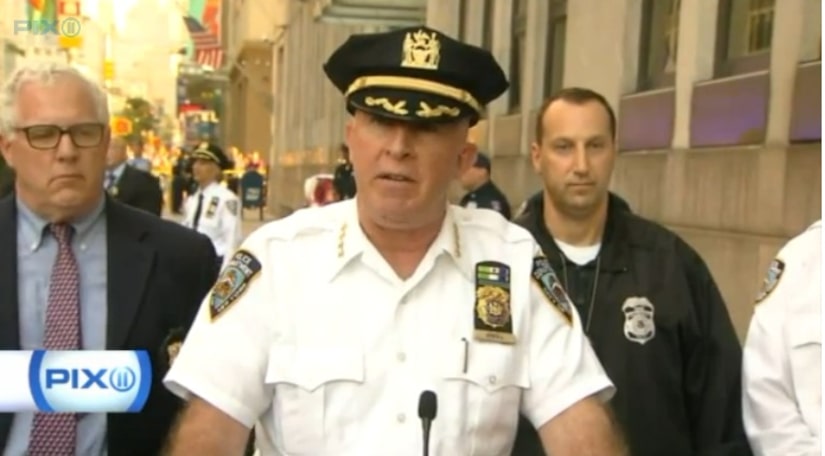 A gunman and a security guard are both dead following a shooting inside a federal building in New York City.

Kevin Downing, 68, allegedly walked into a building located at 201 Varick Street and shot Idrissa Camara, a 53-year-old security guard, in the head with a handgun, WPIX-TV reports; Downing then shot himself in the head, according to the report.

Camara was transported to Lennox Hill Healthplex, where he was later pronounced dead.

Downing reportedly walked toward a metal-detector area of the building and pulled out the handgun and shot Camara, then walked further into the building close to elevators and shot himself, according to the WPIX report. Emergency medical personnel confirmed Downing was dead at the scene.

The New York Post says Downing was a military veteran and a resident of Fort Lee, N.J. Downing was stopped at the metal detector area and told to check the bag he was carrying, whereupon he dropped the bag and shot the guard once.

Downing then rushed toward the elevators, where another employee stopped him, according to the Post, and Downing then shot himself.

The federal building houses a Veterans Health Administration office, Immigration Court, a U.S. Post Office and a federal detention center, according to the Post report.

Military veteran kills guard, then himself at federal building