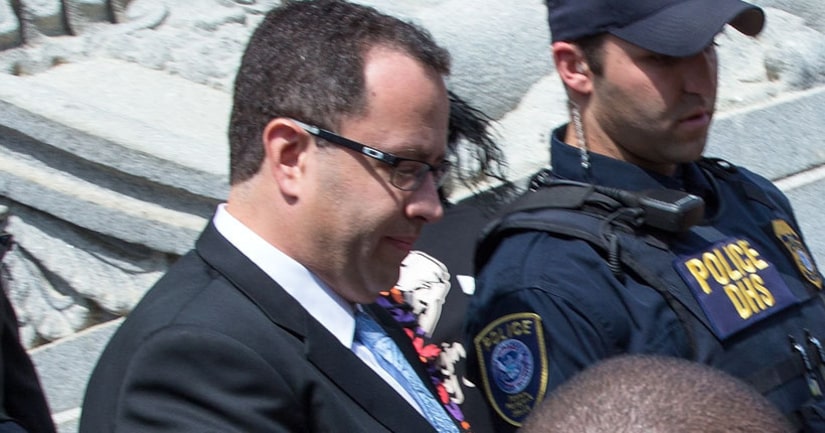 Former Subway spokesman Jared Fogle appeared in federal court in Indianapolis Wednesday morning to hear charges against him in a case involving child pornography and illicit paid sex with minors.

Fogle has reportedly agreed to a plea deal in which he will serve time in prison and pay $1.4 million to 14 victims, four of whom are now adults, $100,000 each.

Fogle pleaded not guilty as a formality Wednesday morning, but will plead guilty in the case based on terms of the plea agreement filed on Wednesday, according to his attorney.

Federal magistrate Mark Dinsmore will now review the plea agreement between Fogle's attorneys and prosecutors, and decide whether to accept it during a change of plea hearing. The not-guilty plea is a formality until that decision is reached.

Fogle is charged with distributing and receiving visual depictions of minors engaging in sexually explicit conduct, and conspiring with others to do so. A second count against Fogle charges him with traveling in interstate commerce in order to engage in unlawful commercial sexual acts with minors.

"Jared Fogle is agreeing to plead guilty to the charges filed against him today," said Jeremy Margolis, Fogle's attorney. "In doing so, Jared is accepting responsibility for what he has done. He is also volunteering to make restitution to those affected by his deplorable behavior."

Fogle has a "medical problem," according to his attorney, but expects to serve time in prison.

Prosecutors are asking for at least a 12-year prison sentence as a term of the plea agreement, with Fogle's attorneys asking for a five-year sentence.

The first count carries a prison term of five to 17 years and a fine of up to $250,000. The second count is punishable by as many as 30 years in prison, as well as a $250,000 fine. The sentencing decision is ultimately up to the judge, the lead prosecutor said in a Wednesday news conference.

Fogle will pay $100,000 each to 14 victims, four of whom are now adults in "desperate straits," the lead prosecutor in the case said in a Wednesday news conference.

Fogle achieved national recognition as a spokesman for the Subway chain of sandwich restaurants through his personal story of losing significant weight when he was obese by eating the chain's sandwiches and exercising. Subway previously suspended Fogle as its spokesman when Fogle's house was raided by investigators in July. The chain announced on Wednesday it had ended its relationship with Fogle.

Fogle's wife announced Wednesday she intends to file for divorce.