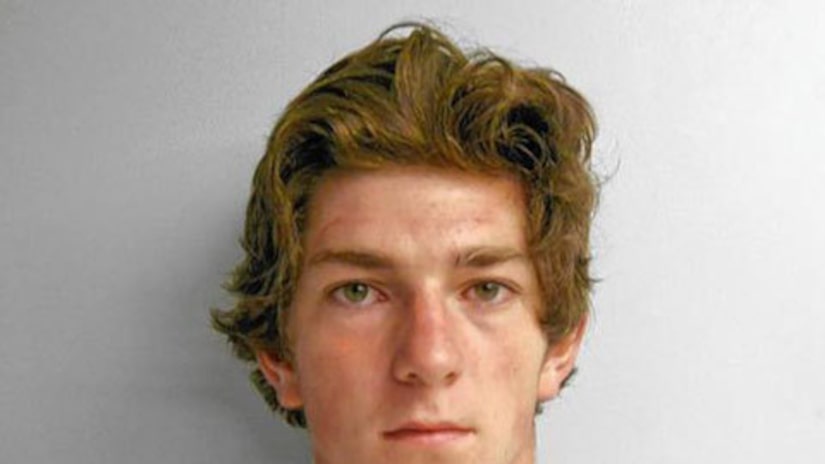 The trial of a 19-year-old graduate from an elite preparatory school is expected to bring uncomfortable questions about an alleged tradition of sexual predation at the East Coast school with illustrious alumni.

Owen Labrie, 19, is accused of raping a 15-year-old female student at St. Paul's School in Concord, N.H., on the roof of a campus building in May 2014. Police say he took his victim by surprise and raped her repeatedly.

Labrie was allegedly motivated by a semi-secret tradition at St. Paul's known as "Senior Salute," in which male seniors attempt to take the virginity of as many girls as possible before graduating.

A running score of the rumored competition was reportedly written in indelible ink on a wall behind some washing machines on campus; the "scoreboard" kept getting painted over by the school, and so it was moved online.

Labrie told police all about the tradition when he was arrested, according to Concord Police. Police say he admitted to trying to be number one on the scoreboard, but he said he tried to get other students not to participate. He said the school was not doing enough to curtail the tradition, according to police.

"The school has to put its foot down on this culture," Labrie is quoted as saying in a police affidavit. "It's not healthy."

Labrie told police he didn't have sex with the girl, but he did put a condom on. He said he stopped in a moment of self-restraint, and said the girl lied about intercourse out of a source of school pride in having sex with seniors.

Labrie, an aspiring divinity school student, was accepted at Harvard University, but has since been rejected. He reportedly planned to be a minister.

Labrie has been charged with three counts of aggravated felony sex assault, four counts of misdemeanor sex assault, endangering the welfare of a child, and using a computer to lure a girl via email and Facebook. Labrie's trial began Monday, Aug. 17.

St. Paul's School is part of a network of elite prep schools in the northeast, a kind of junior Ivy League system. The school has a distinguished list of alumni, including U.S. Secretary of State John Kerry. The school was founded in 1856 and covers 2,000 acres on the outskirts of Concord. The school enrolls approximately 530 students; female students were first admitted in 1971. Yearly tuition and room and board currently cost $53,280, according to the school's website.

"We do not tolerate conduct that is at odds with our commitment to a safe and welcoming environment for everyone in the St. Paul's School community. Current allegations about our culture are not emblematic of our school or our values, our rules, or the people who represent our student body, alumni, faculty and staff, "St. Paul's Rector Michael Hirschfeld said in a statement.