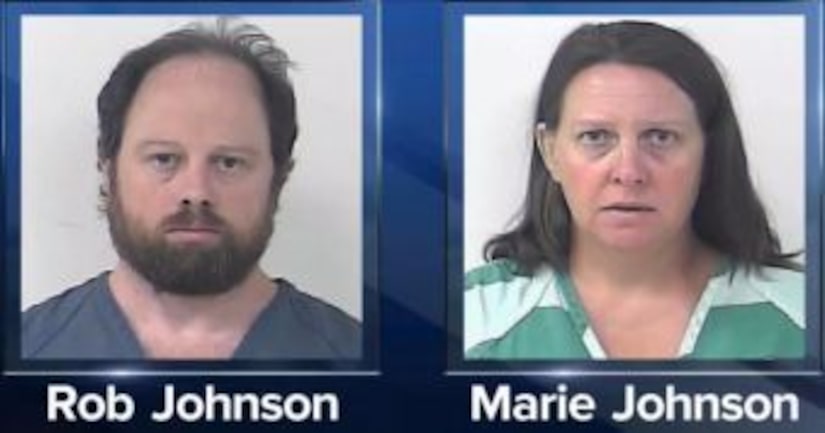 Rob and Marie Johnson are accused of using the Old Testament to justify their alleged actions.

A couple in Port St. Lucie, Florida accused of keeping a relative captive for five years and treating her as a sex slave temporarily lost custody of their children Friday morning.

WPTV reports Rob Johnson, 44, and Marie Johnson, 43, were arrested Wednesday and each charged with two counts of felony child abuse.

The Johnsons, who are free on bail, reportedly have four children, two of whom are minors. None of their children appeared to have been abused, reports the New York Daily News.

During a court hearing Friday, the minor children were placed in the care of the Florida Department of Children and Families, WPTV reports.

The victim told authorities the Johnsons cited the Old Testament to justify abusing her twice a week for five years, beginning when she was 13, according to the station.

The Port St. Lucie Police Department told the Associated Press the victim was sent to live with the family following the death of her mother.

In an affidavit obtained by the news agency, the victim, who is now 21, said she was told to call the male defenant "master." The female defendant is also accused of threatening the victim and making sexual demands, according to the AP.

The Johnsons had not entered a plea at the time of this report.