Two teens were arrested in connection to a road-rage incident in which a 53-year-old man was struck by his own car in Hemet, California last week.

The Hemet Police Department posted video taken by a witness on the department's Facebook page last week, which led to information about the suspects.

Tracy Leavitt, a 53-year-old grandfather, was hospitalized after being struck by his own car, allegedly stolen by one of the suspects in the incident.

In video captured by a witness, Leavitt is seen arguing with a younger male next to a white pickup truck, and physical contact is exchanged between the two.

Then a white sedan drives up at a high rate of speed and strikes Leavitt, who pops up into the air.

The car, which is confirmed as belonging to Leavitt, stops and another young male gets out, throws something into the bed of the pickup truck, and the two young males then drive away in the truck.

Officers responding to the incident found Leavitt lying in the street on the 1400 block of S. Gilbert Street. Leavitt was hospitalized and treated for his injuries, including requiring a hip replacement, according to his wife, who was interviewed by KTLA-TV.

The Hemet Police Dept. posted video taken by a witness at the scene on Facebook on Friday, July 31.

On Tuesday, police officers located a 17-year-old boy who was positively identified in connection with the incident and arrested him. 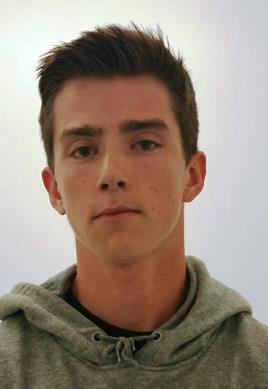 A second suspect, Michael "James" Williams, 18, was later identified. Williams turned himself in to Hemet Police on Thursday and was arrested.

Hemet is a city approximately 87 miles east of Los Angeles.