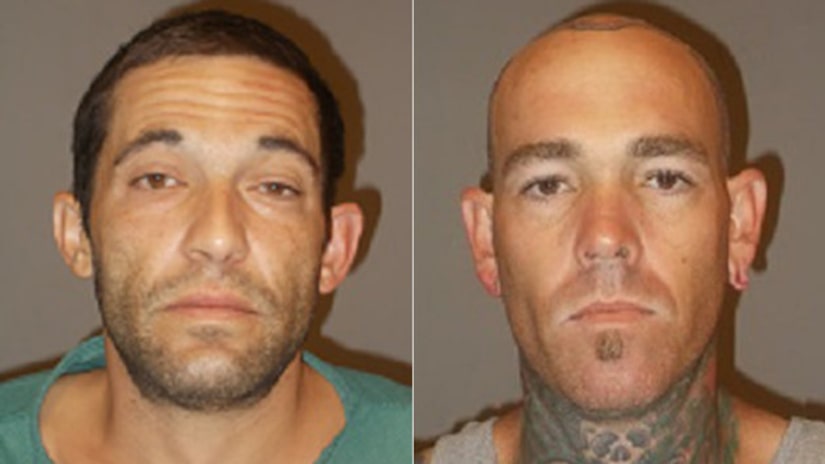 A 12-year-old boy is credited with helping capture two burglary suspects, and the newly released tape of the 911 call he made reveals how he helped.

A 911 call from a boy home alone as two men break into his house in Scottsdale, Arizona, shows the bravery of the boy and the skillful guidance of the dispatcher on the other end of the line.

Two men knocked on the front door of the house in a nice neighborhood in the northern part of the Phoenix valley on Monday morning, Aug. 3. The boy did not answer the door.

The boy then heard the men breaking into the residence from around back. Police say he hid in a closet in the home and dialed 911.

Waiting for your permission to load Soundcloud audio.

The 911 dispatcher kept the boy calm and elicited information about where the men were in the house, whether they appeared to be armed, and whether anyone was expected to return to the residence shortly. With that information, police knew what to expect as they arrived.

Then the two men discovered the boy in his hiding spot -- "Please don't hurt me," the boy can be heard saying on the 911 tape.

The men turned and fled the house.

Robbie Jay Johnson Jr., 36, was captured right away as officers arrived. Cole Austin Lewallen, 31, ran through the backyard and was caught by a police K9. Lewallen was hospitalized for treatment for his injuries.

Police said the two burglary suspects will be charged with felonies.

"He did a great job, he stayed calm, and he knew that the subjects were in his home, which is a terrifying thing for a youth or adult," Scottsdale Police Sgt. Ben Hoster said.