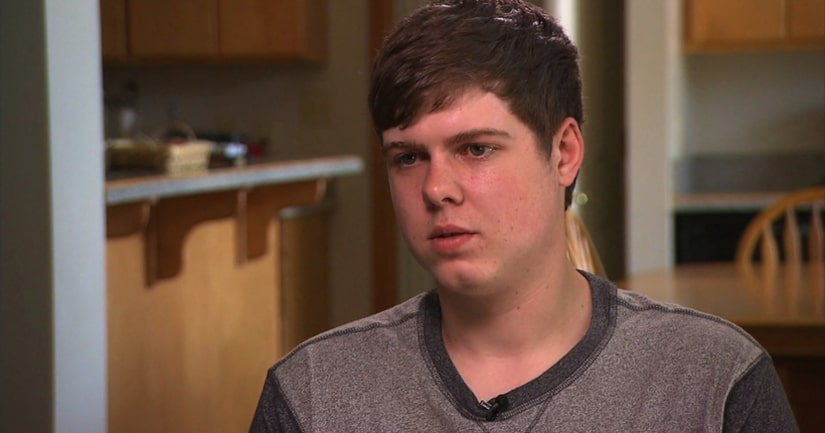 Zach Anderson, 19, met a girl online, arranged to meet her, and the two had sex. Now he's listed on the state's sex-offender registry and can't even live at home.

Anderson visited online dating app "Hot or Not" and met a girl from Michigan, near the Indiana state line, who claimed to be 17. She turned out to be 14, but he didn't find out until after they had sex.

Anderson was arrested and convicted, receiving a 90-day jail sentence, five years' probation and is now listed on the sex-offender registries of Indiana and Michigan for the next 25 years.

The 14-year-old girl and her mother appeared in court, where the girl admitted to lying. She and her mother say Anderson shouldn't be on the registry.

The girl handed a letter to the Anderson family outside court that said in part: "I'm sorry I didn't tell you my age. It kills me every day, knowing you are going through hell and I'm not. I want to be in trouble and not you."

The judge who sentenced Anderson said the fact the girl lied about her age is no excuse. "That seems to be part of the culture now. Meet, have sex, hook up, sayonara. Totally inappropriate behavior. There is no excuse for this whatsoever."

Anderson can't access the Internet anymore. He can't go to a mall or be near schools or playgrounds, and he can't live at home since his brother is a minor.

Anderson is waiting for another court hearing to try to amend his sentence.