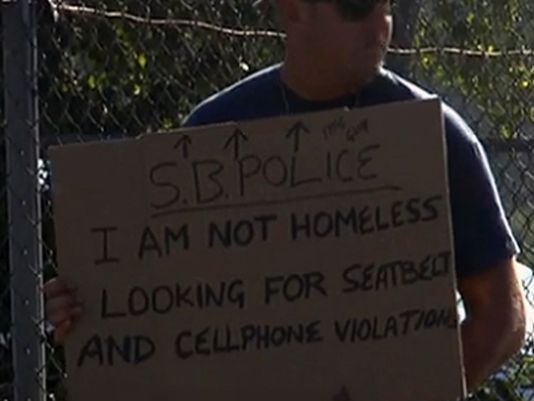 The undercover officers stood on the roadside at various strategic locations with cardboard signs, but instead of an appeal for food or money, the signs read "SB Police" with arrows pointing up at their heads. "I am not homeless - Looking for seat belt and cellphone violations."

Of course, drivers who were busy looking down and texting on their phones didn't notice... and they got busted, to the tune of $162 tickets -- or $285 for second offenses.

According to federal statistics:

San Bernardino is a city about 63 miles east of Los Angeles.