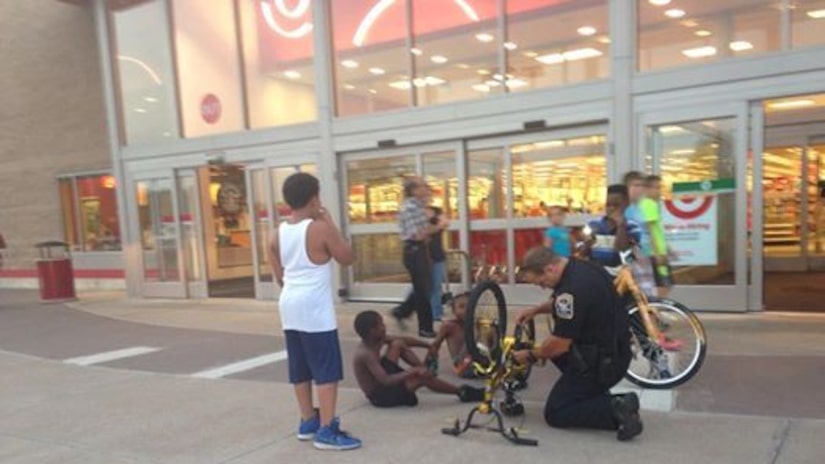 "To serve and protect": That's what a recent photo of a police officer in Connecticut fixing a boy's bicycle portrays.

The pic went viral last week after a local woman snapped a photo of a cop doing a good deed and posted it on her Facebook page.

Out on patrol in the town of Ansonia, Conn., last week, Officer Michael Castillo, came across a group of boys hanging out in front of the local Target store. Castillo noticed one of the boys had a broken bike. Ever prepared, Castillo grabbed some tools from his police cruiser SUV and helped the boys out, fixing the bike chain and one of the tires.

"I told them, 'All right, guys, go play somewhere else besides the Target parking lot,'" Castillo told ABC News. "They're good kids."

Faith Taylor, the woman who snapped the shot and posted it on her Facebook page, wrote alongside the photo, "Not sure what officer this is, but it's nice to see an officer in a good and kind way. This guy takes 'to serve and protect' to heart... He was driving the #5 SUV cruiser. This was right in front of Target at about 8:00 pm! Give this guy some kudos!"