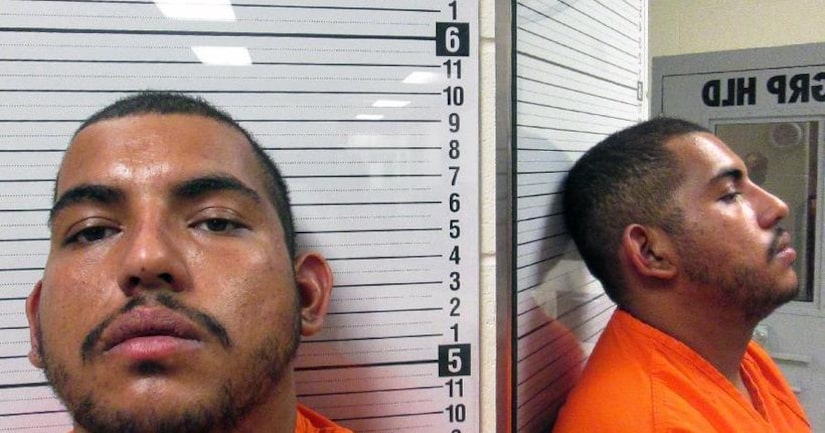 An 18-year-old Wyoming man allegedly gunned down three people who stopped to assist him in Montana in July.

Jesus Deniz is charged with killing two people and wounding a woman fleeing on foot because he was "tired of waiting around" and because the young woman who ran had "laughed at" him.

Tana Shane, 50, saw Deniz on the side of the road and drove home to pick up her husband, 52-year-old Jason, and their daughter Jorah, 24, and went back to help the stranded motorist on the Crow Indian Reservation.

Jorah's aunt, Ada Shane, said Jorah later told her family what happened in the incident. Ada said Jorah told her that Deniz, while in the vehicle with the family, pointed a .22-caliber rifle at Jason's temple, told the family to get out of the car, and demanded money. Jason told Deniz they only had change.

Deniz then told the family to start walking, and Tana Shane told Jorah in their Native American language to run, according to Ada's account. Jorah heard a shot as she began to flee, fell and heard another shot, she later told her aunt.

Deniz then allegedly drove away in the Shanes' vehicle.

Jorah ran toward a church. A car pulling out stopped and the driver got out to check on the family; Jorah got in the driver's seat and drove to her house, Ada Shane said. Jorah was later hospitalized.

Deniz had been released two weeks before the shooting from a Wyoming jail, where he was held on unrelated burglary and drug charges. Deniz has never been convicted of a crime. He was released on signature bonds, without a cash requirement.

On Aug. 7, Deniz appeared in U.S. District Court of Montana and pleaded not guilty to five felony counts, including two counts of first degree murder; assault with intent to commit murder; assault with a dangerous weapon; and assault resulting in serious bodily injury, for shooting Jorah Shane.

United States Immigration and Customs enforcement officials say Deniz is from Mexico and received permanent residence in 2013, but has lived in Wyoming most of his life.

"If he is convicted for a criminal offense that allows him to be removed from the country, after the completion of sentence, ICE intends to take him into custody and pursue his removal from the United States," the agency's statement said.