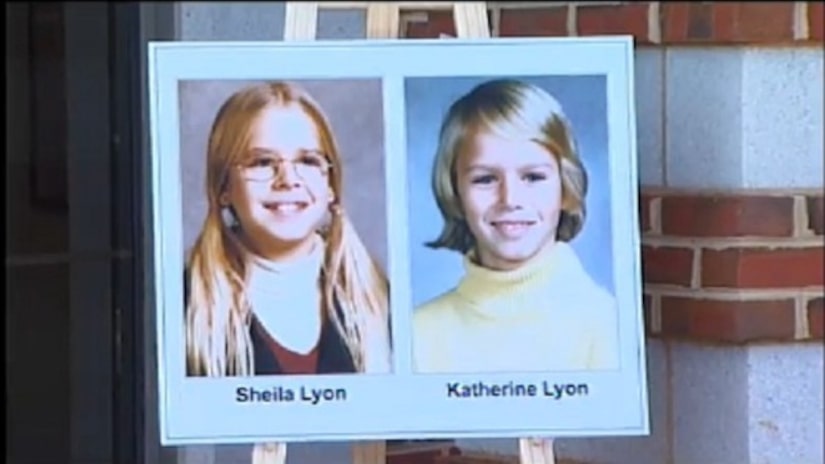 Police served a search warrant Wednesday at the Maryland home of the granddaughter of a person of interest in the disappearance of two sisters 40 years ago.

Lloyd Welch admits to leaving the mall with the girls on that fateful day, but he denies having anything to do with their death or disappearance.

He claims his uncle, Richard Welch Sr., drove the girls to a family property in Virginia, and says he even witnessed his uncle sexually abusing one of the girls at his uncle's house the next day.

Lloyd, who was an 18-year-old traveling carnival worker at the time, failed a polygraph test in the ensuing investigation 40 years ago, but he was never arrested.

An inmate in Lloyd's cellblock told authorities last year that Lloyd admitted to burying the sisters on a family property.

Another unidentified man claims he and Lloyd tossed two red-stained duffel bags that "smelled like death," weighing about 60-70 pounds each, onto a fire after the girls went missing.

Another report says Welch asked a relative to wash bloody clothes he was carrying in a duffel bag. Welch claims the blood came from raw meat.

The Welch family property on Taylor Mountain, Virginia, has been searched extensively but no evidence related to the sisters was discovered.

Police said items were seized in Wednesday's search of Richard Welch's granddaughter's Maryland residence, but did not elaborate.

Lloyd Lee Michael Welch, now 58, has been charged with two counts of first-degree felony murder during an abduction while intending to defile.